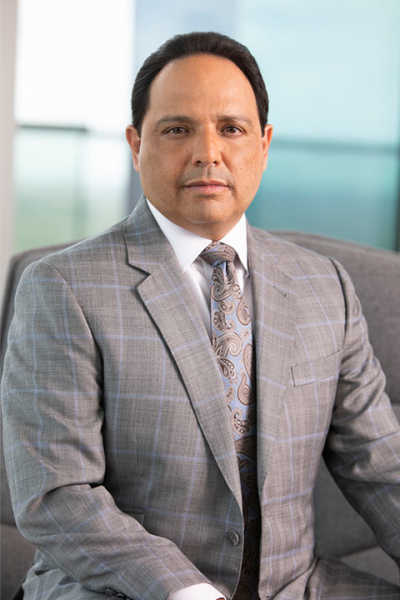 Mr. Garcia handles catastrophic plaintiff’s personal injury cases. Mr. Garcia handles wrongful death, maritime, trucking accident, premises liability, product liability, dram shop, traumatic brain injury, and negligence actions. Mr. Garcia is passionate about representing those who are injured and those who have lost loved ones due to the carelessness and greed of others. He has collected millions for his clients. Below are a few examples of Mr. Garcia’s success in representing injury victims.

Mr. Garcia is a seasoned trial lawyer. Business owners look to him when they need an experienced trial lawyer who is comfortable and effective with a jury. Mr. Garcia’s commercial litigation practice involves a wide range of businesses from start up to Fortune 500 companies and includes companies based in the U.S. as well as those based in various Latin American countries, Europe, and Asia.

Mr. Garcia handles litigation matters for his international clients on a variety of issues, such as representing them in breach of contract disputes involving the defective manufacture of transmitters, ownership rights to oil drilling equipment, and the rights to millions of dollars’ worth of FIFA World Cup tickets.