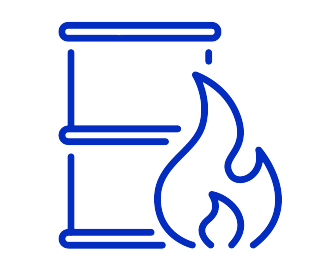 Employers are responsible for creating and maintaining a safe working environment for their employees. The weight of that responsibility is even greater in dangerous occupations and roles that require employees to operate heavy machinery, handle chemicals or volatile compounds, or work with potentially explosive materials.

When a company fails to provide a safe environment or if workers fail to follow basic safety practices, the results can be devastating, even deadly. Texas (and particularly the Houston area) has seen its share of explosions at oil refineries, chemical plants, and other industrial locations, and the consequences of these accidents can have a wide-ranging impact on workers, their families, and those who live nearby.

If you’ve been hurt in an explosion accident in Houston, know that you’re not alone, and legal help is available to you. The experienced trial attorneys at Kherkher Garcia have decades of experience helping workers in Houston get the fair compensation they need after a serious workplace accident. Whether you are entitled to workers’ compensation or if you are eligible to file an injury claim, we’ll be ready to help.

It depends on the nature and severity of the accident and your proximity to the blast. Burns can take weeks to months to heal. Broken bones may take a shorter amount of time to heal. Disfigurements may take longer. During this time, it is important to communicate with your doctor about your concerns and talk about realistic timetables for your recovery and what to expect after you leave the hospital.
Your normal may change as a result of the accident. It is hard to say what will happen as a result of a catastrophic accident. The important thing to remember is that there are friends, family, colleagues, and your legal team, who care about your well-being and want to see you live your life to fullest.
It is a good idea to consult an attorney after an explosion accident in the workplace. An attorney’s first priority is that of their client. The company will have their own people looking out for them, you need someone looking out for your best interests. The costs associated with an accident of this magnitude can be substantial and you want to make sure you have the help you need to make sure you are taken care of.

How Explosion Accidents Happen in Houston

You need only turn on the news or look back through recent news headlines to find a string of accidents in Texas that resulted in explosions, injuries, and deaths. As far back as 1947, a ship docked at the Port of Texas City loaded with ammonium nitrate, a common ingredient in fertilizer, exploded resulting in the deaths of 576 people. Fast forward a few decades, and we have the West Texas fertilizer plant explosion which leveled five blocks near the plant itself.

The Associated Press reported an accident in July of 2019, where an explosion rocked an oil refinery in Houston leaving at least 37 people with injuries. This was only the latest in a series of petrochemical industry blasts that had hit the Houston area.

A TPC plant in Port Neches exploded, killing one worker and injuring two others. The impact of this explosion and the potential release of harmful carcinogens into the air has yet to be fully understood.

Unfortunately, it doesn’t take much digging to find accidents like these happen in Houston much more frequently than we realize. According to the Occupational Safety and Health Administration between 2013 and 2017, there were 489 oil and gas extraction workers killed on the job, and some of these fatal accidents were the result of industrial explosions.

The most obvious danger resulting from an explosion is the actual blast itself. The Centers for Disease Control has outlined how during an explosion the sudden increase in pressure that happens as a blast wave passes over the body causes massive injury to pressure-sensitive organs like the lungs. Secondarily, the impact of high-velocity shrapnel and debris can shred human tissue.

Fire is often one of the results of an explosion. Burns from the flames of an explosion can cause serious injury to the skin, tissue, and lungs as a result of smoke inhalation. Burn injuries can require painful skin grafts and can take months to heal.

Depending on the type of explosion, air quality may also be a concern. Smoke, and in some cases chemicals, can fill the air in the vicinity of the accidents causing burns to the lungs, throat, and eyes.

Other dangers resulting from an explosive accident include the compromising of structural integrity. People can be injured or killed by falling debris, the collapse of a roof or the crumbling of a platform beneath one’s feet.

Some of the common injuries people suffer when involved in an explosive accident include:

The trauma associated with an explosive accident doesn’t just impact the body, it can have a major impact on mental health as well. Some victims may experience stress and anxiety as a result of the accident. Others may even experience post-traumatic stress disorder (PTSD) in the aftermath of the accident. Don’t neglect to talk about how you are feeling to your doctor throughout the recovery process.

We are ready to help you right now.

Contact us even if you aren't ready to hire someone and just need some basic questions answered. Ask us anything.

What Compensation Is Available?

Workers’ Compensation benefits may be available to you as a result of an explosion at the workplace that resulted in injury. For a person to be eligible for workers’ compensation you must have been injured while on the job and while working within the scope of your position.

Workers’ compensation may not be the only compensation available to you depending on the circumstances of the accident. If the accident was caused by a negligent third-party, for example, or if your employer does not have a worker’s compensation policy in place to cover you if you’re hurt, you could be eligible to file an injury claim to seek fair compensation for your medical bills, lost wages, and other expenses.

The families of workers who are tragically killed in explosion accidents could also be entitled to claim just compensation for their loss. They could be entitled to death benefits through the employer’s workers’ compensation coverage, or they might be eligible to file a wrongful death lawsuit.

What else do you need to know about compensation and what’s available to you after an accident? It can be hard to navigate your way through such a traumatic event.

Injuries from a Houston explosion accident may mean traumatic injuries that could impact you and your loved ones for the rest of your life. Recovery can take months or even years. Hospital stays, rehabilitation, prosthetic devices, physical therapy, and an overall change in your quality of life are costs that begin to add up and take their toll. Not to mention the toll on family members or friends, those that may be called upon to become caregivers to someone involved in an explosive accident.

That’s why it is so important to get someone on your side immediately following an accident of this magnitude. At Kherkher Garcia we have an experienced team of lawyers who know how to fight for you. Our attorneys fight for victims of explosions and hold negligent companies and individuals responsible for the damage they have caused. We want to help you get the justice and fair compensation that you deserve, so call us today to schedule a free, confidential consultation.