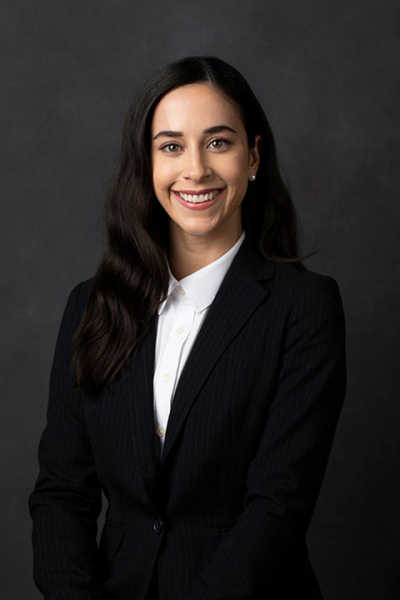 Kathryn Hiett joined Kherkher Garcia LLP in June 2020. She is a first-year associate who was recently admitted to the Texas bar.

Before joining the firm, Kathryn attended law school at the University of Arkansas School of Law in Fayetteville, Arkansas. During law school, Kathryn was awarded best oralist for an outstanding appellate oral argument, and she enjoyed competing on her school’s traveling negotiation team.

As a law student, Kathryn gained experience in a variety of civil matters. She began her legal career as a judicial law clerk for the Arkansas Supreme Court. After, she became a student attorney for the law school civil clinic where she represented indigent clients in breach of contract and unpaid wage claims. Since then, Kathryn clerked for multiple different firms practicing an assortment of civil law matters, such as contract law, property law, and employment law.